3 ways to fix your pc – Ifixlaptop 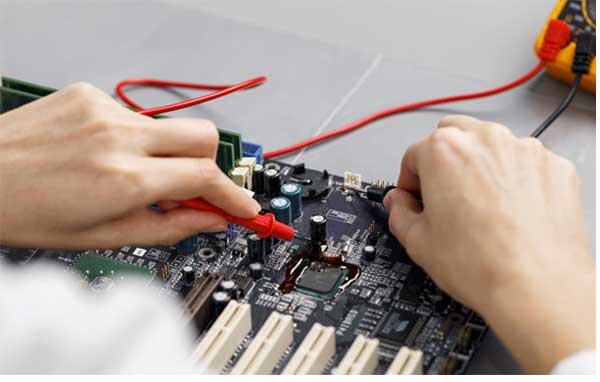 Virus removal from a PC in a professional studio in las vegas:

We went to the customer and immediately we had confirmation of our hypothesis: The computer had been attacked by viruses. Viruses (malware) are programs that hide inside other files or start when the computer is turned on and can have different effects: opening pop­up windows, redirecting when browsing other sites (in some cases graphically similar to banking ones), fake security warnings, spam emails to contacts to name a few. In severe cases, your PC can be infected with a malware called Cryptolocker, which can encrypt your PC files by asking for a ransom to free them or by malware that steals passwords or sensitive data

We started a scan of the PC and had to download specific software to block the malware present and to inhibit harmful processes when turned on. The work was more complex than expected since we couldn’t access the task manager, but step by step we cleaned the PC of all malware and installed an updated antivirus. The customer thought he could no longer recover his PC and was very satisfied with the effectiveness of the intervention and also purchased an Internet security package

Data recovery from a crashed hard drive in an accounting firm:

The computer apparently, following the fall, no longer seemed to recognize the hard disk, and the most urgent problem was linked to the fact that several very important files were saved on the hard disk, for the upcoming deadlines related to tax returns, they had to absolutely recover data from hard drive!

The customer took his PC to the lab and we inspected the hard drive in the cleanroom. The cleanroom or “clean room” is a controlled atmosphere environment characterized by very pure air, where 99.9999% of the particles usually present in the air are eliminated thanks to Hepa filters, an indispensable condition for opening the device and recovering the data. We provided the customer with a free inspection of the damaged hard drive and a detailed cost estimate which he immediately accepted. In no time we recovered the data and sent the computer back by courier. In order to prevent the risk of data loss from recurring in the future, the customer decided to also activate the “backup on cloud” service.

Pc repair due to a short circuit:

Replacement motherboard and power supply Arriving at the customer’s home we tried to turn on the PC and found that it actually showed no signs of life. We then began to proceed step by step. We first tried replacing the power supply and checked that all cables were properly connected to the motherboard. Having made the necessary checks also on the power button, since the problem was not yet solved, we found that the problem was probably related to a short circuit on the motherboard. Problem resolution We changed the power supply and had to replace the motherboard, which, being the most important element of the computer, affects its operation. Everything that resides inside the computer is in fact connected to the motherboard, which receives the current from the power supply and passes it to the other components: processor, USB ports, speakers, fans just to name a few. We focused on an Intel motherboard because it is compatible with the processor and we chose, in agreement with the
customer, the Gigabyte B360M D3H: one of the best purchases in the mid­range. The customer was very satisfied with the speed of the intervention, in a very short time he was able to continue working on the document that he should have delivered the next day.